Amid Coronavirus Shutdown, States Tweak Graduation Requirements for Class of 2020 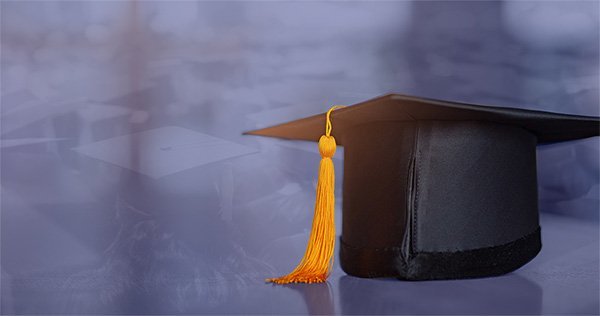 States are moving swiftly to manage the educational fallout from school closures and other disruptions associated with the COVID-19 pandemic for high school seniors, with more than 30 states already having enacted changes to their graduation criteria or guidance on smoothing out the unexpected bumps to students’ K-12 careers.

“When you’re thinking about a 12th grader who has, you know, essentially completed 15/16ths of their high school career at this point, we wanted to be as flexible as possible for those students,” said James Lane, Virginia’s state superintendent of public instruction. “We’re continuously focused on equity: We just want to make sure that no matter who the student is, no matter what their background is, that the schools are creating a plan for each student to ensure that the work that they missed is made available to them and we’re continuing students’ growth even through these closures.”

State education officials agreed issues of equity and consistency for seniors have been particularly challenging. For the most part, districts will bear the brunt of decisions about which student should get credit for which partly completed class, and how.

Explore the Data: How Coronavirus Is Changing States’ Graduation Requirements

“We’re a very local-control-centered state,” said Morgan Dick, a spokeswoman for the Arizona education department. “So, we put out guidance to schools, but how that guidance plays out on the ground is really dependent on our local school districts. … One senior’s experience could look really different from school to school, district to district, all across our state.”

“We’ve known in Arizona for quite some time that there has been a digital divide between students and families,” she said, “and to be totally frank, this crisis has shone an even brighter light on those inequities.” In the immediate aftermath of the closures, she said, districts had to prioritize sharing out laptops to seniors who wouldn’t otherwise be able to complete online coursework.

The sudden need for flexibility comes as many states were in a push for more rigorous “college and career-ready” diploma requirements, and states say it has rapidly accelerated the search for valid and creative ways for students to demonstrate their knowledge in more holistic ways.

Even the New York board of education, after much debate, voted this week to waive the Regents exams required for many students earning diplomas in the state. “Because many students are still struggling to access remote learning, it will be critical—especially once the current crisis has passed—that schools have the resources to provide young people with the additional academic and other support they will need to leave high school prepared for college and careers,” said Kim Sweet, the executive director of Advocates for Children of New York.

The Empire State joined more than a dozen states that have canceled required end-of-course exams. Several of those other states have suggested districts replace those assessments with portfolios of student work, virtual projects, and so on.

“Senior projects and community service hours tend to be some of the most prevalent locally determined graduation requirements,” said Katy Payne, the communications director for Washington’s state education agency. The state, one of the earliest hit by coronavirus-related closures, recommended districts waive these as graduation requirements, but she said a number of districts have chosen instead to leverage them as more holistic and community-centered ways of looking at students’ content mastery. The state is now working with districts who want to help their seniors produce online videos and other virtual media as projects.

Utah already had an option for students to “test out” of some classes using competency-based assessments, and a few other states also mentioned that they were looking to follow Washington’s example in providing more ways districts could use projects, portfolios, and other performance assessments in lieu of the traditional tests this year.

“We’re just trying to help people think about how to do this differently because they’re, you know, confronted with such a new and unique space,” said Jennifer Throndsen, director of teaching and learning at the Utah state board of education.

After its schools closed during the pandemic, Utah surveyed its districts on how they are approaching local flexibility on awarding credit for all students, and seniors in particular. It found districts are rapidly casting a much wider net for ways students can prove they deserve academic credit. For example, the state found that more than 8 in 10 of the districts reported that before the pandemic closures they were already awarding students credit toward their diplomas for electronic or correspondence coursework, as well as for college credit earned outside the high school. Half or more also allow students to “test out” of some coursework or take state-approved competency-based tests.

At the time of the closures, fewer than half of reporting Utah districts already allowed district administrators to award credit based on a review of students’ work or projects, and a third of districts already allowed students to count recognized industry certifications or credentials toward graduation requirements. Now another 20 percent or more of districts said they were considering accepting those credentials because of the COVID-19 disruptions.

Districts “have found some creative ways to make this stuff work,” Throndsen said.

Yet Throndsen noted that states are still trying to balance flexibility for graduation with admissions and scholarship requirements in higher education. For example, Utah, New Hampshire, and other states are interested in allowing districts to change some course grades to pass/fail, but students may be ineligible for scholarships through the National Collegiate Athletic Association and state university systems if their transcripts include pass/fail grades.

While the University of New Hampshire college system has explicitly set out guidance saying it will not count COVID-19-related pass/fail grades against students, not all other higher education systems have done the same. The uncertainty led South Carolina to require districts to assign a numeric grade for credit-bearing spring courses, while its neighbor North Carolina decided to allow pass/fail course credits.

It’s also led to some odd rule variations within states. For example, seniors in Texas won’t necessarily have to take end-of-course exams to graduate, but districts and open-enrollment charter schools still must calculate grade point averages to identify the juniors and seniors who rank in the top 10 percent of their classes, for the purpose of guaranteeing automatic admission to the Lone Star state’s public universities.

Brad Neuenswander, Kansas’s deputy education commissioner, said it will be critical for state education officials to help districts and higher education institutions work together to coordinate requirements for dual-credit courses, scholarships, and other programs that bridge K-12 to college.

Kansas, the first state to decide to close its schools for the rest of the 2019-20 academic year, started coordinating meetings between community colleges and high schools as soon as schools first closed, to ensure students would get full credit and transition supports. For example, Neuenswander noted that within a week of the closure of his son’s high school and the local college, both had reached out to him to continue his dual-credit course online via independent research and video-conferenced classes.

Two years ago, Kansas began requiring every student in 8th grade and above to have an “individualized plan of study,” in which students align their credits with college and career plans after high school.

“I think it’s really helped,” Neuenswander said, “because when you’re looking at our seniors right now, especially, it’s all geared around, what is the student’s individualized plan of study? What is their transition—whether it’s to a tech school, a two-year, whatever it is—how do we help them complete that and make sure that they’re planning for that transition to the next level? It helps to focus on the student as an individual and help them to make that transition, even if it’s just reaching out to the next college and helping [the student] make those connections when colleges are closing their facilities and working from home, too.”

Now, Neuenswander said he’s most concerned that states and districts will focus so much on the academic requirements of students’ postsecondary transitions that they will overlook pressing mental health and other emotional supports for a cohort of students who are undergoing dramatic upheaval during this critical juncture.

“My biggest concern in the whole equity piece is you may have kids that not only don’t have internet access, but they rely on us for mental health support, for meals, for a lot more,” he said. —iStock/Getty