As COVID-19 Budget Cuts Loom, Relevance of School Librarians Put to the Test 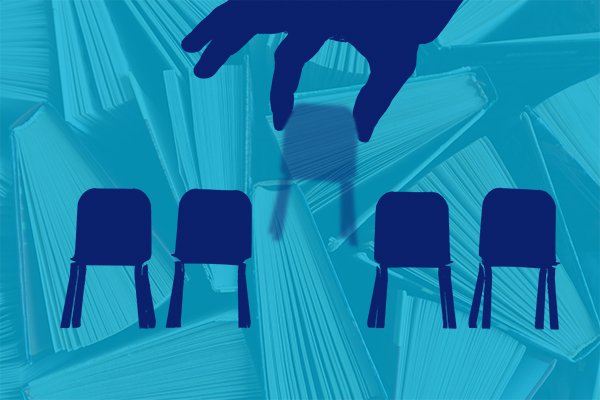 From California to Pennsylvania, school librarians are on edge as district and school leaders across the country seek ways to cut back expenses amid the ongoing coronavirus pandemic.

“Each day, we kind of hold our breath,” said Debra Kachel, a researcher and advocate for the Pennsylvania School Librarians Association—a librarians’ group in a state where at least 20 districts have already proposed library cuts. “A lot of these districts are informing librarians that they will be furloughed.”

The cutbacks come even as school librarians have stepped up in unprecedented ways during the COVID-19 school closures—using social media to provide students with emotional support; giving book recommendations; organizing poetry readings; brokering book access for students; guiding teachers through a complicated web of free online resources; providing tech-support; and helping students navigate a deluge of online news and misinformation.

“I have heard this rhetoric that, ‘Well, you’re not in a brick and mortar building, so you’re not really needed,’” said K.C. Boyd, a middle school librarian in Washington, D.C, who has recorded read-alouds for her students and the younger siblings, cousins, and neighbors they supervise. “No! We’re needed more than ever before.”

Cherity Pennington is a prime example of how school librarians have gotten creative during the pandemic.

By mid-April, the library services coordinator for Oklahoma’s 3,600-student Shawnee Public School district had already helped secure $1,000 in donated books, as well as many more from the homes and classroom libraries of colleagues and community members. Her initiative to send those books to students alongside free meals from the district on school buses proved very popular—especially with one student who was stuck at home with no television, computer, or internet access.

“I was thrilled to be able to connect this young student to such a special book,” Pennington wrote in an email.

Similar examples can be found all over the country. In New Mexico, school librarians have set up YouTube channels to read bedtime stories and have partnered with local PBS stations to bring children free lessons in reading and literacy. In New York City, librarians like Ciro Scardina—who works at the 4,000-student Edward R. Murrow High School in Brooklyn and took to recording Instagram videos for his students from his kitchen table at home—shared so many ideas that they temporarily crashed a citywide email listserv. And in Nebraska, school librarians have hosted online reading challenges and a virtual dress-as-your-favorite-character competition, won by a student who dressed as Puck, the whimsical fairy from “A Midsummer Night’s Dream.”

“This was really a time for people to step up and say, ‘Here’s what I’m capable of, here’s what this profession is capable of, and here’s what we can do’,” said Cynthia Stogdill, the president of the Nebraska School Librarians Association.

Many librarians and their advocates hope federal stimulus dollars will help keep such efforts going into next school year. Most recently, the American Association of School Librarians wrote to U.S. Education Secretary Betsy Devos asking for both public and school libraries to be a priority for funding.

‘Difficult to Be Optimistic’

Despite librarians’ new roles and creative efforts during the pandemic, their positions are again at risk, raising fresh equity concerns.

In the decade since the last recession, one in five full-time school librarian jobs were lost, according to national data analyzed by Keith Lance, a library researcher and consultant from the RSL Research Group. Districts serving high numbers of poor and minority students were particularly hard hit. Other educational positions rebounded when the economy recovered, but the ranks of school librarians did not.

Will things be any different under the current pandemic?

“It’s difficult to be optimistic about how school libraries and librarians will fare in COVID-related budget cuts,” Lance wrote in an email.

Many librarians and their advocates have turned to Washington for help. So far, though, federal funds are short. The $500 billion CARES Act, enacted in March to provide financial relief in the wake of the pandemic, included $13.5 billion for K-12 schools, but that money might not go to librarian needs. The Act included $45 million for the Institute of Museum and Library Services, and $30 million of it has already been allocated to state library agencies—which again, may or may not distribute that money to school librarians. School librarians scrambled to apply for the remaining $15 million by June 12th.

In the meantime, cuts to school library budgets have already started to hit.

Superintendents like Greensburg-Salem’s Gary Peiffer said the choice is difficult, but when he studied the projected revenue for his district, he knew he was in a bind.

“I just couldn’t have the expenditures we had before with things being this uncertain,” said Peiffer, whose district has 3,000 students. The proposed budget, which will be voted on in August, would furlough middle and elementary school librarians. Students would still have library access, but not the guidance of a full-time professional.

“The end of this pandemic isn’t anywhere in sight,” Peiffer said, and the district’s finances could be “dire” in the next few years.

Such cuts will likely occur more frequently in rural and urban communities that serve poorer and more racially diverse student bodies, experts said, worsening pre-existing inequities. The nation’s poorest and most diverse schools already employ the fewest librarians in the country, according to a 2016 National Education Association report. Districts that did not lose a librarian from 2005 to 2015 were 75 percent white, and the districts that lost the most librarians had predominantly minority student populations, as Education Week previously reported.

The stakes are high for the country’s neediest students, especially during a pandemic, said Lance, the school librarian consultant.

“Librarians may be uniquely qualified to help their schools assess and address digital divide issues,” he said—especially when those gaps are already being exacerbated by full-time at-home learning, which puts many low-income students at an even greater disadvantage.

School librarians also teach their students to question, to find the answers, and to approach these answers with a healthy dose of skepticism. For students looking to advance to higher education and intellectually demanding professions, these skills help set them up for life.

For now, the response of many librarians has been to try to prove they’re not expendable.

“I had many very frank conversations with librarians,” said Mary Chappell, the chair of New Mexico School Librarians, “saying, ‘Hey, guys, if you value your job right now, you have got to step it up and prove that you’re valuable.’”

Bamberger, Bryan, and Schultz are recent graduates of the Columbia University Graduate School of Journalism, and Campbell is a PhD student at Columbia Teachers College. All are affiliated with School Stories, a Columbia Journalism School publication.