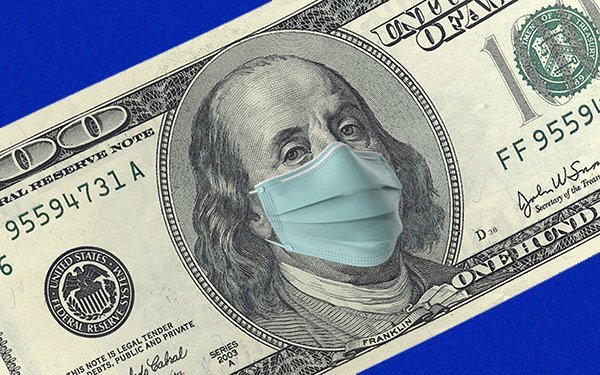 The coronavirus pandemic has already pounded states’ budgets and will leave no school district unharmed next fiscal year. School finance experts and district administrators are just now starting to get their arms around how the widespread shutdown of the economy will impact the K-12 sector. It’s not pretty. The spending disparities between rich and poor districts will only get worse, and there will likely be layoffs. Here are some key questions and answers about what to expect in the turbulent months and years ahead.

How will the coronavirus affect K-12 revenue?

Many school districts can expect a precipitous drop in their state’s K-12 revenue next year due to the widespread shuttering of the economy. The shutdown of businesses and skyrocketing unemployment rates will crater states’ sales and income tax revenue, which many districts are heavily reliant on.

When can districts start to expect to receive less revenue? And how long will the recession last?

Because the coronavirus hit so late in the fiscal year, many districts have already collected and spent most of their federal, state and local tax revenue. Similarly, many state legislatures had passed their FY 2020 budgets before the virus shut down the economy. It is possible (and many now say likely) for legislatures, some of which have gone on recess, to reconvene this summer and make changes to those budgets. Observers say lawmakers will be reluctant to make midyear cuts to school districts after they’ve made hiring decisions for the coming school year. Raises for teachers and spending on new and experimental initiatives have been halted by many legislatures and districts in anticipation of future draconian cuts. Districts are most nervous about the 2021-22 school year. Many states project revenue to bounce back in 2022. But those are early projections.

How deep will the cuts be to school districts?

It’s still too early to make confident projections since fiscal analysts don’t know when the economy will open back up. But forecasts made in recent weeks are dire. New York state, which has been hit the hardest hit by the coronavirus, estimates a loss anywhere between $9 and $15 billion, or 9 to 17 percent of its budget. Virginia expects a loss of $1 billion this year and another $1 billion in 2021. The depth of the cuts to K-12 specifically depend on several factors, including how state lawmakers spread out cuts among other priorities, including Medicaid and higher education.

Which states will be affected?

No state will go unharmed. But states that are heavily dependent on sales and income tax revenue, such as Arizona and Nevada, will see deeper cuts than states that have a broader array of revenue sources such as property taxes (for a complete map of states’ dependency on sales and income tax revenue, click here). States that are heavily reliant on natural gas and oil revenue will be hit extra hard since oil prices have sunk in recent weeks. Alaska, for example, is bracing for a 20 percent cut in revenue next year.

Which districts will be most affected?

Districts with little to no property tax revenue are in the worst position. State aid—fed largely by taxes on sales and incomes—makes up the lion’s share of their budgets. As those two revenue sources tank, property-poor districts will suffer, while districts that are property-rich will be able to weather the storm. Property-poor districts typically serve large numbers of low-income, Latino, and black students, many of them with special needs. These districts in recent weeks have called off anticipated teacher raises, frozen hiring, and stashed any extra money they have into their reserve funds.

Will property tax revenue be impacted?

Property tax revenue is the most stable source of revenue for government bodies and fluctuates little since properties are assessed so infrequently.

What will happen to costs?

Costs will go up significantly next year. School districts’ costs, left untouched, increase around 2 percent each year as teachers climb the pay scale ladder and healthcare costs continue to grow. But the coronavirus is having an extraordinary impact on districts’ costs. In the short term, because school buildings have been closed for so long, districts are not spending as much on substitute teachers, transportation, and utilities. But those savings are likely to be far outstripped this spring by technology spending needed to provide distance learning and janitorial costs needed to sanitize classrooms. This fall, district administrators predict they will have to provide smaller class sizes, along with more nurses and counselors as students return to school academically behind and with more mental health needs. Finally, pension costs are expected to spike next year after the markets, which they’re heavily invested in, crashed.

Will the federal stimulus package help?

The $13.5 billion for K-12 schools included in the federal stimulus package last month will provide much-needed aid to districts. But, according to Michael Griffith, a veteran school finance analyst, every state would still have to make cuts if state revenue loss exceeds 8 percent. The package also gave the U.S. Department of Education the ability to waive some rules that restrict what districts can spend federal money on. Governors and K-12 advocates are now pushing for another stimulus package that they hope would better shore up their expected budget shortfall.

What are some other ways districts could get extra money?

Some states have set aside emergency funds to help schools deal with the financial fallout from the coronavirus. Many states and districts have stashed away millions of dollars in savings accounts for emergency situations. Finally, because the coronavirus was declared a national emergency by President Donald Trump, school districts can apply next year for assistance from the Federal Emergency Management Agency for coronavirus-associated costs. Typically, winning approval and receiving assistance from FEMA is a drawn-out process. —iStock/Getty