Should Teachers Be Evaluated During Coronavirus School Shutdowns? 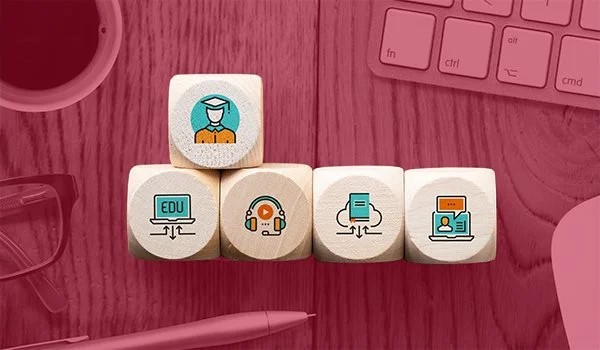 One of the many questions facing districts and states during the coronavirus school shutdowns: How can schools grade their teachers during a disrupted school year?

According to an analysis by the Education Commission of the States, at least seven states have waived all state requirements for teacher evaluations. At least six have waived certain requirements, like the use of student-growth data in evaluations. And a minimum of eight states have issued flexibility or guidance for school districts. (ECS did not do a full 50-state analysis.)

“Everybody is trying to make decisions quickly and is aware of the challenges” of conducting evaluations during school shutdowns, said Tiffany McDole, a senior policy analyst for the commission.

Thirty-four states typically require student-growth measures on teacher evaluations, according to the National Council on Teacher Quality, and of those, 26 require that the state standardized test be the source of the data. However, all states have won waivers to skip federally mandated standardized tests this year, and many other local or statewide assessments have been canceled, too.

Classroom observations are another key component of an evaluation. But those look different now—teachers are trying to adapt to a new world of distance learning, and there are persistent inequities with student access.

North Carolina’s education department, for instance, has warned districts that only a small portion of what the state’s observation rubric addresses would be accessible to a virtual observer. Districts that are considering observing online instruction should “proceed with extreme caution,” the department said.

Even so, experts say that school leaders need to find some way to still give teachers feedback.

“I totally get that districts and school systems are triaging now,” said Dan Weisberg, the chief executive officer of TNTP, an organization that focuses on teacher quality. “They’re in a very, very tough situation, and teacher evaluation is not going to be the biggest priority by any stretch.”

That said, “I think it’s incumbent on schools and school systems to give teachers feedback,” even if it’s informal, he added. “Part of learning is getting feedback. It’s much more difficult now, [a supervisor] can’t just walk into a classroom and observe, but I think teachers would appreciate getting feedback to the extent it’s possible from coaches, principals, and assistant principals on how they’re doing and how they could do better.”

Arkansas, Colorado, Florida, Georgia, Louisiana, Mississippi, and Oklahoma all issued broad waivers of state requirements, according to the ECS analysis. School districts there will no longer have to submit evaluation data to the state.

And in Tennessee, the state legislature passed a bipartisan bill that says that for this school year and the next two, student-growth data that comes from 2019-20 assessments will not be counted in a teacher’s evaluation, unless using the data results in a higher evaluation score for the teacher. Teachers in nontested grades and subjects will not be evaluated using an alternative growth model this school year, unless the use results in a higher score.

The bill, which has been signed into law, sought to “eliminate as much stress as we can” for educators, state Rep. Jason Hodges tweeted.

‘There Aren’t Any Great Answers’

The Indiana State Teachers Association had asked the state to waive teacher evaluations entirely and rate all teachers “effective” so they could receive a raise or a bonus. Gov. Eric Holcomb didn’t go that far—but he did offer districts some flexibility in an executive order.

Teachers can either keep their evaluation score from last school year, as long as they aren’t on an improvement plan, or administrators can conduct new evaluations that don’t include either student scores from canceled tests or observations that weren’t already completed before schools shut down.

Ohio’s department of education told local school boards that if they haven’t yet completed their teacher evaluations, they could choose not to conduct them “if the board determines it would be impossible or impracticable to do so.”

Scott DiMauro, the president of the Ohio Education Association, said local teachers’ unions across the state are currently working with their districts to figure out the best approach. Many teachers, he said, are frustrated that they might have to start their evaluation process all over again next year. (In Ohio, districts can decide to evaluate their “accomplished” teachers every three years, and their “skilled” teachers every two.)

For teachers in the core tested subjects and grade levels, their student-growth component is based on value-added measures, which have already been calculated—so if their observations have been completed, they’re set, DiMauro said. But for other teachers whose evaluations depended on student data from spring assessments, their fate is still up in the air.

“It’s complicated,” he said. “We get a ton of questions. There aren’t any great answers.”

DiMauro said he’s also cautioned districts against conducting online observations. Teachers, he said, are already stressed and working hard to provide meaningful opportunities for learning in uncharted territory, especially since not all their students have internet access. Some teachers are struggling to even know where their students are.

“In times like these, the formal evaluation process really needs to take a back seat,” DiMauro said. “In the grand scheme of things, … we’re much more concerned about the health and safety and wellness of our kids and our members, and to get too hung up on the formal aspects of evaluation I think is unrealistic.”

For now, in states where the decision has been left up to the districts, principals are trying to support their teachers the best they can.

“We’re still building the plane about what the end-of-year closeout process will look like,” said Ryan Daniel, the principal of Chillum Elementary School in Hyattsville, Md.

In her school, teachers who did not get their classroom observations completed before schools shut down will receive a default score that is a districtwide average and won’t negatively impact the evaluation.

Doing online observations was not an option, Daniel said. Her school serves a large English-language learner population, and not all students have access to the internet.

While she has still popped into teachers’ online lessons to offer informal feedback, “it’s not a true depiction of a classroom,” she said. “We know there’s still going to be a lot of gaps in learning, and distance learning is very new.”

Meanwhile, in Wisconsin, Principal James Edmond, Jr., is proceeding with online observations for the few teachers at Woodside Elementary School who had not yet finished that part of their evaluations.

The observations might look different than they would in a normal year, and Edmond said he’s conscious of the fact that teachers have been adapting to a new reality on the fly.

“No matter how tech-savvy they were, this is a whole new level of instruction,” he said. “We’ve had multiple conversations about how you’re a first-year teacher all over again.”

But the ultimate goal of observations is to support his teachers, Edmond said, adding that he thinks this is an opportunity for professional growth.

“I don’t want them to feel any type of trepidation about me sitting in,” he said. “This is a way for us to have some really interesting professional conversations. It’s new to them, it’s new to me—we can grow together through it. … It’s really about making them better.”