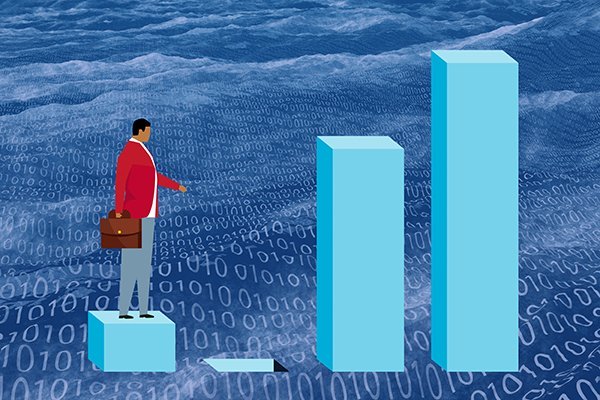 That’s the emerging picture of public K-12 education in America under the coronavirus, according to a new nationally representative survey of the nation’s educators from the Education Week Research Center.

Since President Donald Trump declared a national emergency to combat the pandemic on March 13, 48 states, four U.S. territories, the District of Columbia, and the Department of Defense have ordered or recommended school building closures for the remainder of the academic year, affecting nearly 51 million public school students. The sudden shift to online and remote learning that resulted was marked by sharp disparities between wealthy and poor schools, previous iterations of the EdWeek survey have found.

Nearly two months into the new normal, fatigue appears to be setting in. Student engagement dropped considerably when the pandemic first hit. And over the last two weeks, 60 percent of teachers said it’s declined even more.

Following are eight key findings from the EdWeek Research Center’s latest survey, completed online by 908 teachers and district leaders on May 6 and 7.

1. Teachers are working less than before the pandemic hit.

Overall, the nation’s teachers reported working an average of seven hours a day, compared with nine hours a day before schools closed due to the coronavirus.

As with just about every other facet of schools’ response to the crisis, though, there were sharp disparities among districts. Teachers who live in rural areas, towns, and cities, for example, reported working seven hours per day, compared with eight hours per day for their suburban counterparts.

A significant number of students—especially those in the country’s highest-poverty school districts—appear to be missing out on core content they would have been taught had schools not closed their doors due to the coronavirus.

By contrast, most teachers reported spending more time on review and tech troubleshooting.

And what about the total learning time? Teachers reported that students now spend three hours per day learning, down from six hours per day prior to the coronavirus closures. For students in the highest-poverty schools, that figure drops to two hours per day.

The EdWeek Research Center also asked teachers in early May how student engagement had changed just over the preceding two weeks. Sixty percent described a drop-off, including 22 percent who said engagement had declined “a lot.”

4. Teachers are most likely to say videoconferencing tools are “very effective” for teaching math and English.

Despite concerns over privacy, security, and equity, Zoom and other technology tools that allow for live videoconferencing have taken off in K-12 schools since the coronavirus. Teachers seem to think that’s a good thing: 63 percent described such tools as “very effective” for teaching English/language arts, and 57 percent said the same for teaching math.

More than half of educators also said that tools for sharing and collaborating on documents, such as Google Docs and Word Online, are very effective.

Less highly regarded: Digital games, print novels, and on-demand video lessons from external providers, all of which were deemed “very effective” tools for teaching ELA during the coronavirus shutdown by about one-fourth of teachers.

Teachers reported that 23 percent of their students are “essentially truant,” down slightly from 25 percent at the end of April.

6. Access and connectivity gaps are still a big problem.

As the reality of extended school-building closures sunk in, districts across the country scrambled to provide devices to students for use at home. But such efforts barely seem to have dented the access-to-technology gap nationwide: 59 percent of teachers said their schools had at least one device for every student in May, just two points higher than the 57 percent who said the same in February, before schools began to close.

7. Teachers give themselves positive reviews.

In a survey administered in April by the National Education Association, the nation’s largest teachers union, 54 percent of parents strongly approved of the job their children’s teachers were doing handling the coronavirus crisis, and 48 percent said the same of principals and school support staff.