The Scramble to Find Substitute Teachers 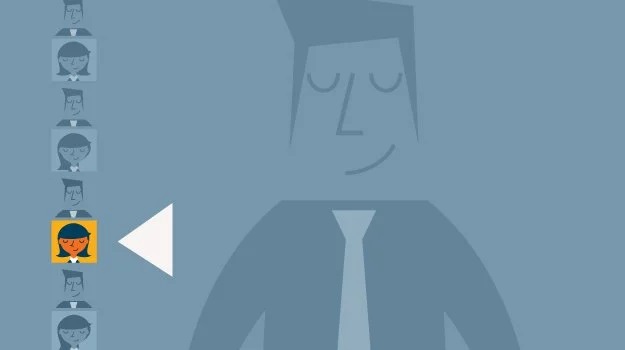 Kellie Price Farmer, a 32-year-old mother and college student working on her bachelor’s degree in elementary education, landed her first gig as a substitute teacher this fall. She accepts assignments throughout Carroll County School District in Carrollton, Ga. So far, she’s filled in for absent middle school teachers at three different schools.

“I always wanted to be a teacher. My passion is still there for the kids,” said Farmer, who has entered the profession at a time when some veteran teachers are choosing not to return to the classroom—many citing the demands the pandemic has placed on the profession, including the possibility of contracting COVID-19.

This hasn’t been an issue for Farmer.

“As far as safety, we follow the state-mandated procedures. There’s never been a question of whether or not I feel safe. Every student’s wearing a mask, every teacher’s wearing a mask,” she said.

If only Kellie Price Farmer could be cloned—thousands of times over.

Farmer’s enthusiasm for the education profession belies statistics, both current and pre-pandemic.

In a nationwide EdWeek Research Center survey of 2,000 school leaders conducted in January 2020, more than half reported being “very concerned” about being able to fill their need for substitute teachers in the 2020-21 school year. At the time of the survey, commissioned by Kelly Education, only 54 percent of respondents reported being able to fill an estimated 250,000 teacher absences each day. And that was before COVID-19 struck.

While it’s difficult to pinpoint the precise effect of the pandemic on teacher absences this fall—particularly as schools’ return to in-person learning is happening either incrementally or is on hold in many districts—it appears to be exacerbating an already dire situation.

In a recent survey of nearly 10,000 members of Education Minnesota, a union of 70,000 professional educators, 29 percent of respondents reported actively considering quitting the education profession altogether.

Nicola Soares, president of Kelly Education, a talent company that hires educators from pre-K through higher education, says that over the years, as the national teacher shortage has worsened, the need for substitute teachers has steadily increased. The agency placed over 4 million assignments throughout 41 states during the 2019-20 school year—before the pandemic struck. “It’s a mathematical certainty that these vacancies will increase exponentially,” she said.

Soares attributes growing vacancies to early retirements, extended Family Medical Leave Act, and resignations. In addition, she notes an uptick in absences, due to quarantines and teachers’ concern for their own health or the health of their family, all of which contribute to a substitute teacher shortage.

There are anecdotes in some regions that the pandemic is accelerating teacher retirements and resignations, but there’s not solid data to represent how the profession is being impacted nationally. But some school districts are really feeling the pinch.

Kathryn Clymer, executive director of talent at Denver Public Schools, can vouch for that. The Denver district has begun bringing students back into school buildings, starting with its youngest.

Luring Subs to the Classroom

Many districts that use substitutes hire them directly or use staffing agencies to fill slots. This year, Denver turned inward.

They assigned all central office team members—over 1,400 employees—to be available to substitute one day per week. They also scoured the district’s central office team for those with teaching licenses. Of those, they identified about 30 qualified employees and asked them to swap their current job for that of full-time classroom teacher at least through this semester.

“We have paused their regular jobs,” said Clymer, who acknowledged, “This is a big shift.”

So far, says Clymer, all but one employee has cooperated readily with the request. It may help that central office staff-turned-teachers are being paid the higher of the two salaries—either that of their original position or of classroom teacher.

That’s likely far better than what most substitute teachers make. Farmer, the temporary substitute in Georgia, says her daily pay rate comes out to little more than minimum wage. According to Payscale.com, the average hourly wage for a K-12 substitute teacher is $11.98.

Some districts are offering higher pay rates in an attempt to attract people to the job. Kelly Services’ Soares says that she’s even seen some districts offer bonuses to substitute teachers of up to $500.

While not all school districts can afford to pay substitute teachers bonuses, lowering applicants’ qualifications is a recruitment tool that some districts are even less inclined to use.

Clymer, in the Denver district, notes that the state of Colorado has, in light of the demand, allowed districts to waive a qualification formerly required of substitute teachers: a bachelor’s degree. It’s a decision that Clymer admits is not popular within the district.

Responding to an Opportunity

Some, however, see less stringent qualifications for substitute teachers as an opportunity.

“We have so many interesting people with excellent workplace skills who have never considered teaching and are great substitute teachers,” said Anna Schryver, a spokesperson for Kelly Education. For these first-time substitute teachers, the pandemic has opened the door to them.

Consider Farmer, the first-year substitute for the Carroll County school district. In spite of her family’s reservations about the job due to possible exposure to COVID-19 and a less-than-normal school year, she’s glad she did it.

“I wanted to be there if someone had to be out. The school systems do need help,” she said. And although it might not be the ideal year to begin working in a school, Farmer insists the experience has not deterred her from her ultimate goal, saying: “I still want to be a teacher.”