What the Looming Economic Collapse Could Mean for Education 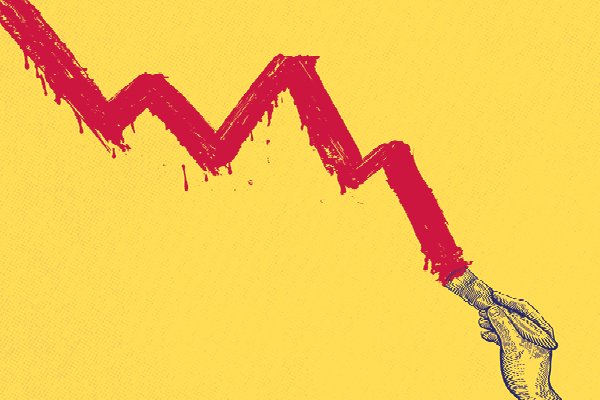 There are urgent lessons to learn today from the Great Recession

In the midst of an unprecedented crisis, it can be hard to see more than a few days into the future. Amid the fog, however, two things seem certain: COVID-19 has ravaged the U.S. economy, and the harm has not been equally distributed. With so much uncertainty about the depth and length of the current recession, educators across the county are worried about the long-term impact on families and schools and the potential racial and class inequalities that are likely to grow. Perhaps the best guide to the future is the recent past—specifically, how the most vulnerable households and their children coped with the wreckage created by the 2008 global financial crisis.

A few lessons stand out as particularly pertinent to the crisis we are currently facing. The impact of the Great Recession varied significantly across different regions, where lines of inequality were usually drawn between racially segregated neighborhoods and their respective segregated schools. An increase in home foreclosures was a defining feature of the last recession, which meant many students, disproportionately low-income students of color, were forced from their homes.

As the economic consequences of the COVID-19 pandemic extend into the future, policymakers are still trying to figure out what type of assistance is needed for both renters and homeowners. The federal government has already introduced up to 12 months of mortgage forbearance for federally backed loans. While certainly a step in the right direction, this leaves out the 44 million households that rent their homes. Renters typically have lower incomes and savings, less access to credit, and less stable jobs, which make them more vulnerable during the COVID-19 crisis than the 78 million households that own their homes. They also were more likely to work in industries crippled by COVID-induced job losses.

Faced with the specter of a rental-housing crisis, some states and cities implemented their own renter-eviction moratoriums. Although these moratoriums have been helpful in the short term, about half the states have already begun lifting them, and delayed rents will be owed, potentially leading to an avalanche of eviction proceedings. As a result, delinquent rents could easily spiral into foreclosed units, and many families may soon face displacement.

While it appears that most households are still paying their rent, a sign that temporary government assistance and emergency orders are helping, current federal support is set to expire at the end of July. Additional disaster relief is likely, but support will eventually end, and barring an extraordinary economic recovery the underlying crisis will become evident. Some cities and states have set up their own renter-assistance programs, but as tax revenues have plummeted, their budgets will not be able to meet the growing demand.

The data and analytics real estate firm Amherst projects that 28 million renters are now at risk of eviction. If the current crisis is protracted, Congress will need to inject funding into the rental ecosystem to mitigate major housing instability.

Children in unstable housing arrangements frequently change schools in the middle of the year, which creates a major disruption to their learning. In my research on high school students in the city of San Bernardino, Calif., one of the Great Recession epicenters, school mobility rates for Black children were especially high. These students were often forced to move midyear to new schools that were lower performing. Researchers have long documented how frequent school moves like these have tangible consequences, not just for the mobile students but for their nonmobile peers as well. During the Great Recession, millions of homeowners lost their homes. But this time, renters are likely to be on the front lines, especially if renter-relief programs are phased out early.

Similar patterns have been found historically. During the Great Depression of the late 1920s and early ’30s, for example, the United States saw a large increase in high school enrollment and graduation. Let’s hope this holds true with this current economic crisis.

However, this trend may be confounded by the fact that schools have been physically shuttered as a result of the coronavirus lockdowns, affecting at least 55 million students. But the effects of these closures are not equal, as the country’s most vulnerable students did not have the same access to attend virtually as education moved online. In the first weeks of the lockdown, some school districts reported that over a third of their students had not even logged in to the school system, let alone attended classes. While virtual attendance did improve since, the so-called “digital divide” is likely compounded by the fact that job losses have been disproportionately concentrated among working-class families and communities of color.

If the last economic crisis taught us anything about schools, it is that the economic shock will fall most heavily on those children who are most in need of education. Without proper policy efforts to cushion the current economic blow to both schools and families, the cycle from the past is destined to repeat. As with the Great Recession, the current economic crisis will not create inequality, but it will bring into sharper relief and deepen the existing differences that we ignore all too often.

Kfir Mordechay is an assistant professor in the Graduate School of Education and Psychology at Pepperdine University.

Sign up to get the latest Education Week Opinion in your email inbox.