Why School Districts Need to Build Their Brands 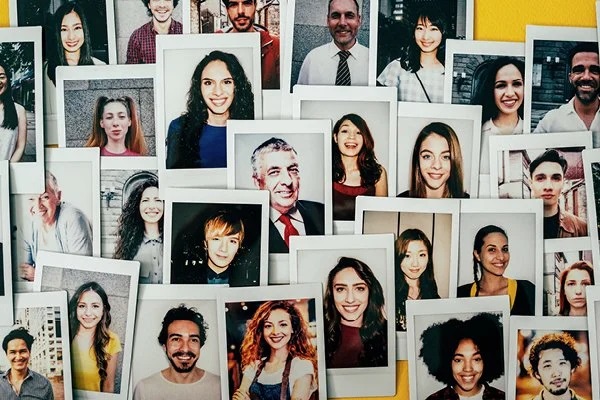 Branding may be the last thing on your mind as you grapple with this disruptive, industry-altering pandemic that promises no clear path forward. But when it comes to recruiting top teaching candidates, you can’t afford to ignore your school or district’s image.

Not convinced? Put yourself in the place of a teaching candidate.

If you were researching school districts this hiring season, wouldn’t you be attracted to those that demonstrated how they pivoted quickly and continued to deliver instruction effectively in the midst of the COVID-19 pandemic, or those that made it a priority to provide regular updates and resources to their school communities.

Eric Sheninger, a former high school principal-turned-digital expert and advocate, sums it up: “Teacher candidates are going to want to go to the innovative schools,” he said.

How do you let candidates know that your school is one of them?

See Also: With Schools Shut Down, What Happens to Hiring?

We talked to district and school administrators, including former skeptics, about how they have used branding effectively to recruit top talent; some have even turned new employees into brand ambassadors. Plus, we’ll give you some simple strategies toward building your district’s own brand.

Historically, educators tend not to focus on or see the value in boasting about their schools’ achievements. Sheninger, now an associate partner with the International Center for Leadership in Education, used to be in this camp.

Early in his 2007–2014 tenure as principal of New Milford High School in New Milford, N.J., he rebuffed social media. “I thought it was a waste of time,” he acknowledged. “I didn’t see the value in it from a teaching, learning, and leadership perspective.”

Then came his 180 degree change. By 2009, Sheninger had joined Twitter. Since then, he’s been dubbed “Principal Twitter,” earned a Digital Principal Award from the National Association of Secondary Principals, and authored the book Digital Leadership.

Sheninger’s ascent from digital naysayer to leader happened when he recognized the value of communicating and celebrating improvements his high school was making. He went from confiscating students’ cell phones to encouraging them to use them to research and problem solve in the classroom, and witnessed them become far more engaged and successful in their school work. He shared students’ successes via social media, acquiring more than 152,000 Twitter followers while sticking to this simple branding strategy via social media: improve the work, share it, celebrate it.

His own employees took notice. “Once we really strengthened our brand, we found that people weren’t leaving [the district],” he said.

Job candidates did, too. “When we knew we couldn’t pay more than surrounding districts, everyone knew what we were doing,” said Sheninger. “We were able to use that as a way to find the best candidates for our culture.”

Recent statistics on employee research support this philosophy. In a widespread poll of general job seekers, 84 percent said a company’s reputation as an employer is important and half reported they wouldn’t take a job with a company that had a bad reputation, even if it came with a pay increase. Teaching candidates are no different.

Branding: Not Just for Businesses

Teaching applicants, like any other job candidate, want to join a successful “team,” so to speak. But educators too often associate branding as something only businesses—not school districts—do. Martha Salazar-Zamora learned this firsthand.

Three years ago, she became Superintendent at Tomball Independent School District in Tomball, Texas. The district was a high performer in the Houston area, but she says not many people knew it. So she made it a priority to get the word out.

Initially, the district paid an agency to help craft a new logo and branding. But ever since, the district’s own communications department has shaped and run its marketing plan that includes billboards, social media, and other communication vehicles. Now, everywhere the district’s logo is displayed, so too is its brand: Destination Excellence.

“Education is a business of educating students. We are in competition with perhaps charter schools and other entities,” Salazar-Zamora said. Districts also compete for employees.

Tomball ISD targets teaching candidates as part of its branding efforts—then they take it one step further when new hires accept contracts: They ask them to create a brief onboarding video in which they share why they chose Tomball. Most of them agree readily.

“When people embrace and use it, that’s to me the beauty of when you know your branding has been successful,” said Salazar-Zamora. “When I hear our new hires say ‘I wanted to be a part of Destination Excellence,’ that just brings me such joy.”

Marketing consultant and instructor Trish Rubin suggests that recruiters evaluate candidates’ ability to become brand ambassadors before they hire them by asking the following questions: What kind of communicator are you? Can you manage multiple channels of digital communication and show the story of what you’re doing in the classroom so that a parent can see it and believe it?

Rubin explains that, particularly for young teaching candidates who grew up as digital natives, these questions shouldn’t seem unusual. “They live with connectivity.” Rubin said. “That’s what a school needs.”

While younger employees are more likely to be familiar with social media tools and how to use them for branding purposes, anyone can learn how it’s done. Experts offer these tips: